London Plan alterations: what they mean for you 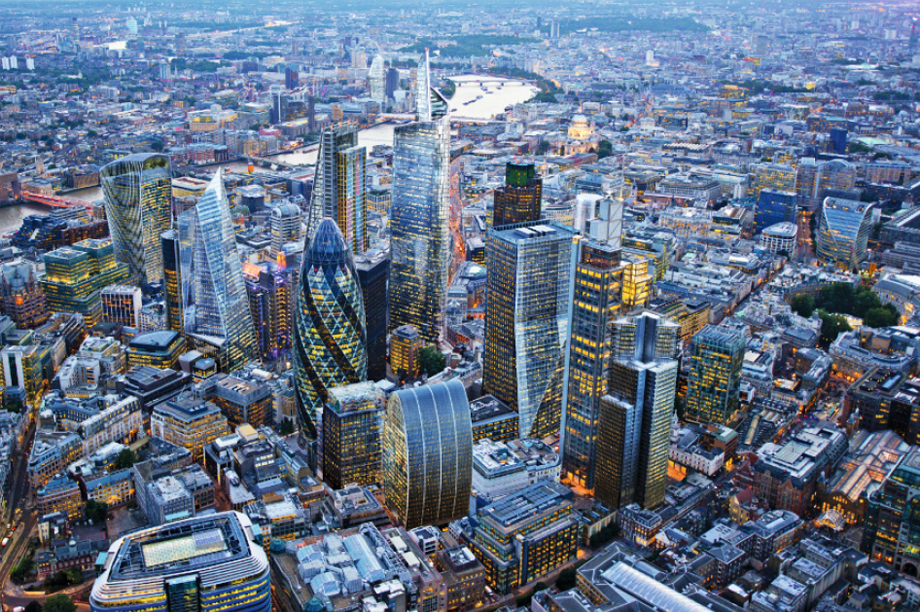 Draft alterations to the London Plan were published earlier this month. In a special report, John Geoghegan looks at the implications.

As London experiences its fastest population growth since the war, it is simultaneously suffering from a chronic housing shortage. Amidst these two formidable challenges, London mayor Boris Johnson has decided that the capital's spatial plan, published in 2011, needs an update to try to deliver the necessary homes and jobs for the rapidly growing city.

The Further Alterations to the London Plan (FALP), which set out development goals up to 2036, was published for consultation last month by the Greater London Authority (GLA). Although it is not a full review, the document proposes major changes to the plan. The most eye-catching development is the capital's higher housing target, which has been increased by a third compared with the current document. And 31 of the 32 London boroughs are also set to have their individual housing targets raised - one by as much as 83 per cent.

The main reason behind the increase is London's booming population, which could see the city's inhabitants expand to nine million in the next decade, topping its highest ever level. Stewart Murray, the GLA's assistant director of planning who heads the London Plan team, says their approach was informed by government figures showing that London's population was growing much faster than the GLA had expected.

There are 600,000 more people in London now than was projected in the 2011 plan, he says (8.4 million compared with the projection of 7.8 million). If current rates continue, this figure will rise to ten million by 2036, making London Europe's first "mega-city" says Murray.

Consequently, the plan raises London's ten-year housing target from 2015 by 100,000 homes to 424,000, the equivalent of building 42,000 homes a year. But although significantly higher than the current targets, the proposed annual housing target is still below the lowest mayoral estimate of future housing need in London. A strategic housing market assessment carried out for the FALP found that London will require between approximately 49,000 and 62,000 more homes a year.

Murray says the 42,000 figure was based on the strategic housing land availability assessment the GLA carried out to measure London's capacity for new homes. But he says the GLA hopes to make up the 7,000 shortfall by exploring higher densities on previously used land in town centres and around transport hubs such as Crossrail stations.

He admits the shortfall could become an issue during the alterations' examination by a planning inspector in the autumn, because the National Planning Policy Framework (NPPF) requires authorities to meet their own housing need. But City Hall believes that outward migration from London to the South East may pick up again, after slowing during the recession, a development that could help to keep household growth nearer the lower estimates. "London has never met its full housing need because it has an infinite need across the city," Murray says.

Mike Kiely, chairman of the Planning Officers' Society and head of planning for the London Borough of Croydon, says the GLA is right to be cautious on housing targets. He says there is a "question mark" over whether the current level of population growth will continue given the changing housing market and economic climate.

As well as higher targets, the alterations also include a new requirement for boroughs to secure high density housing in town centres. Kiely strikes a note of caution on the issue of ever-increasing housing density, warning that it could get to the point where quality is compromised, and says at some stage London will need to review its green belt.

According to Murray, the mayor believes that London's brownfield land should be the priority for new homes and must be exhausted before other measures are considered. He says Johnson is "passionate" about not building on green belt.

The lion's share of the new housing is earmarked for the plan's 38 "opportunity areas", where two-thirds of London's new homes over the plan period are expected to go, says Murray. There are 33 opportunity areas in the current plan, where regeneration and housing efforts would be focused, but the FALP proposes creating five new ones.

They are: Canada Water; the Old Kent Road corridor; Bromley town centre; Harrow and Wealdstone; and Old Oak Common in north-west London. Murray says improved infrastructure, such as Crossrail, would be essential to unlock housing and jobs in such areas.

What are the prospects of these higher housing targets being achieved? Stuart Robinson, planning director at consultancy CBRE and chair of mayoral advisory body the London Office Review Panel, says their delivery will be "very challenging".

Robinson points out that the FALP does not propose reviewing London's green belt and says many of the capital's large brownfield sites, with the potential to provide significant numbers of homes, have already received planning consent. Nigel Abbott, planning partner at consultancy Cluttons, says he expects developers to be "very happy" to see the targets go up. But he also has doubts about delivery, pointing out that current building rates are far below the projected figures.

This focus on getting shovels in the ground includes the GLA prioritising the release of its own land, Murray says, particularly in East London. Another new tool to speed up delivery are "housing zones". The alterations introduce a commitment to work with the government and boroughs on introducing such zones in "large development areas". They "could include targeted tax incentives and effective land assembly to unlock development", the document says.

Murray says the details are still being worked up, but the new zones will probably go ahead in opportunity areas and places with the "greatest housing delivery potential", particularly town centres. He mentions the Upper Lee Valley in north- east London and Croydon town centre as potential locations. Faraz Baber, executive director of policy at business group London First, expects the zones will also include simplified planning rules, such as permitted development rights for certain kinds of residential schemes, to ease the granting of consent for applicants.

So what impact will this have on London's planners? The higher housing targets will certainly be a challenge for borough planning teams to meet, Murray says. He calls for councils to "bring forward more radical local plans to address housing numbers" as well as to "accelerate and increase their delivery of homes, rather than just planning for them".

Murray says Johnson will support boroughs in delivering new homes, but where they are "frustrating development unnecessarily", he warns that the mayor will "selectively" use his powers of intervention to "make sure London continues to meet its economic and housing needs".

Another new requirement that could increase planning teams' workloads, say some commentators, relates to boroughs' housing land supply. While the NPPF requires councils to identify and update a five-year supply, the FALP says, in doing this, boroughs should also "demonstrate that they have maximised the number of identified sites".

Nick Belsten, planning director at CBRE, says this will require a "much more rigorous review" by boroughs of their potential housing sites. Kiely says this could be a problem for those authorities with depleted planning departments. "If you haven't got a well-resourced planning team, then you are going to struggle," he says. But Rob Krzyszowski, former chair of RTPI London, though recognising a greater emphasis in the FALP on maximising sites, does not think the change will make much difference. Council planning teams should have been doing this since the NPPF anyway, he adds.

At the same time, the alterations throw up a number of implications for the development sector, say commentators. The push to build more homes and kick-start development is an obvious opportunity for applicants. And there is explicit support in the FALP for the role of the private rented sector in meeting London's housing need.

But while there is much for developers to celebrate, experts also highlight some potential extra hurdles. Baber and Gary Stevens, a senior planner at consultancy Barton Willmore, both say a requirement for office-to-residential schemes in London's Central Activities Zone to replace any office space lost nearby could "frustrate" much-needed housing provision. Meanwhile, the FALP's new cycle parking standards have increased provision requirements for many types of developments. Stevens describes the suggested new rules as "more onerous and detailed", adding: "We're hearing that provision is already out-stripping demand, so providing more spaces is really not necessary."

Potential implications of the revisions

1. Higher housing targets to be met by 31 out of the 32 London boroughs, which may be politically unpopular and will require "more radical" local plans, says Murray.

2. An explicit requirement for boroughs to not only identify their five-year housing land supply, in line with the National Planning Policy Framework, but also "demonstrate that they have maximised the number of identified sites".

3. Councils outside London in the South East have been discussing the impact of London's growth with the Greater London Authority as they seek to meet the statutory duty to cooperate, says Murray.

2. The boroughs to provide "positive and practical support" to the private rented sector (PRS) in increasing housing delivery - explicit encouragement for providers in the growing PRS.

3. Developers of residential schemes that convert office space in central London should offset its loss by re-providing it in or near the scheme, subject to local demand. Experts say this could be an extra burden. 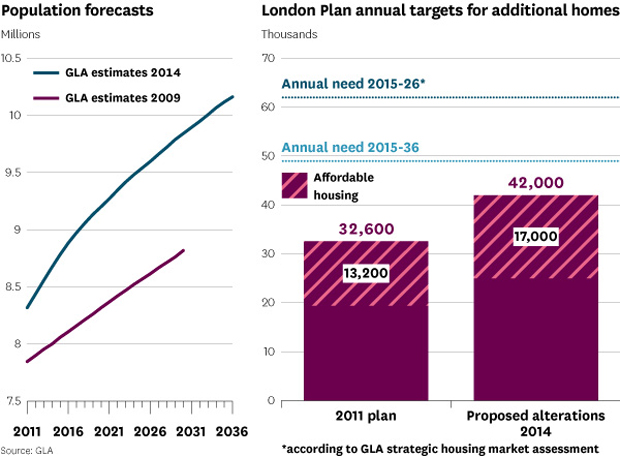