For London, the new housing need is 94,000 new homes per year – whereas London has not delivered more than 40,000 homes in any one year this century. Realistically, to meet London’s huge new need would require large-scale releases from the green belt and metropolitan open land. Another option would be strategic initiatives to export need to growth areas on the edges of the Wider South East and beyond. But the government does not favour either of these solutions.

Unrealistically high figures are not just for London. For 72 local authorities in England, the proposed housing need figure is more than twice as much as the number of homes delivered in 2018-19 – which was a record high for recent years. As our map shows, the overwhelming majority of those authorities are in the three south east regions – London, South East England and East of England. Housing delivery on this scale is simply not believable.

Conversely, for northern England the new housing need figures are too low. For the North East, North West and Yorkshire and the Humber regions, the need calculated through the proposed standard method is well below the number of homes delivered in 2018-19. So, the method implies that those regions have been building homes that were not needed, and in future they should be content to reduce that pace of delivery. This does not sit well with the government’s objective to boost housing supply. 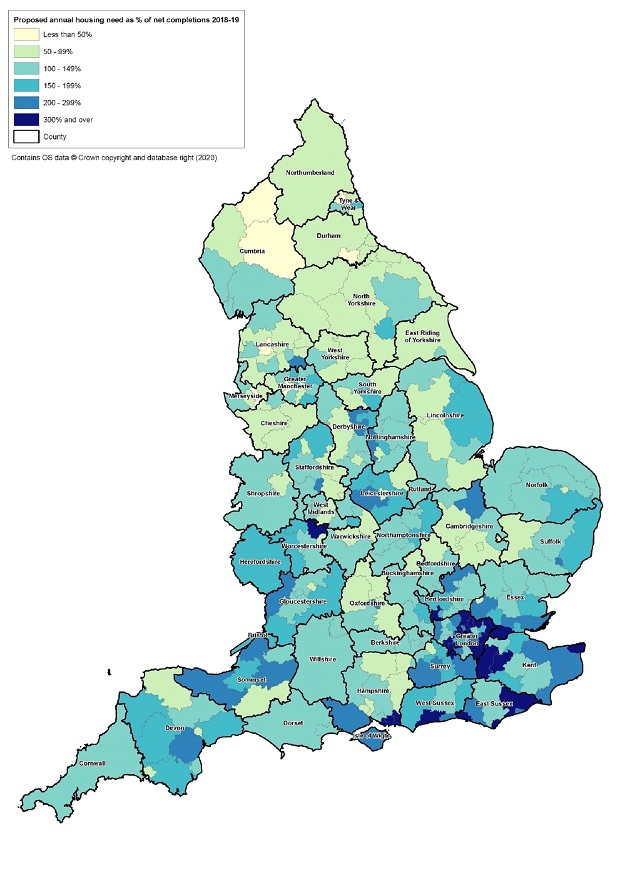 These issues can be resolved by quite small amendments to the proposed formula. In response to the current consultation, we are proposing a variant in which: