Last week's publication of new household projections for England was significant in planning terms.
According to these 2018-based projections, the number of households in England is set to increase at an average annual rate of 149,960 over the next 25 years. This figure represents a drop of about six per cent compared to the previous, 2016-based, estimates from the Office for National Statistics, the UK's national statistical institute.

The upshot is that the number of households in England is expected to increase by 16 per cent to 27 million from 2018 to 2043, a slower rate of increase than the 17 per cent anticipated by the 2016-based projections.

The decline vis-à-vis the 2014 based projections is even starker. These projected a much higher (23 per cent) growth over the subsequent 25 years, translating into an additional 214,130 new households per annum.

However, despite the lower projections nationwide in the latest figures, the South West, East Midlands, North East, North West, and West Midlands are all forecast to see an increase in household formation compared to the 2014-based figures.

However these increases are outweighed by bigger forecast declines in London, the South East, and the East of England.

In the capital, according to the ONS, the number of new households projected over the next 25 years is half the 2014-based estimate. For the South East and East of England, smaller but still hefty declines of one third are anticipated.

The new figures will only have direct relevance for the dwindling minority of plans being examined under the 2012 National Planning Policy Framework (NPPF), says Tom Baker, associate director in Savills planning team.

In this 'handful' of cases, public examinations will be required to consider the implications of the new statistics, he adds.

For more up to date plans, the revised NPPF states the 2014-based household projections will be the basis of calculating levels of annual housing need under the government's 'standard method'.

This change means that new household projections are not as important as they used to be, says Dan Usher, associate (development economics) at planning consultancy Barton Willmore.

The latest projections would only become a factor if local authorities tried to use them as 'exceptional circumstances' to discharge their duties under paragraph 61 of the NPPF by departing from the standard method, he says.

Shelly Rouse, who has been seconded from Canterbury City Council to the Local Government Association's Planning Advisory Service, says that such a move would be a "bold" one by an authority.

But there is "certainly" a case for local planning authorities to use the evidence uncovered by the latest projections if they better reflect change at the local level, she says: "It begins to build the case for looking for exceptional circumstance to diverge from the standard method."

Usher expects the government to address this by amending Planning Policy Guidance, which accompanies the NPPF, so that it will not be possible to treat the latest household projections as 'exceptional circumstances', as it has already done for the 2016 figures.

However the figures emerging from the latest sets of household projections, which are increasingly out of kilter with the government's headline 300,000 new home target, are hard to ignore.

Dominick Veasey, director at consultancy Nexus Planning, says it will be easy to deploy the new projections to bolster arguments in local debates that increased housing development is not justified.

"From a purely demographic point of view, there will be some merit in that.

"Now that those projections are getting very old, we need a different approach to how to get to that 300,000 figure. It is not credible any more to keep harping back to dated projections when it is obvious that the situation has changed."

Reliance on the 2014-based figures will become ever more difficult to justify as time goes on, says Baker: "It isn't satisfactory to rely on the 2014 projections indefinitely because they are becoming more and more out of date."

Rouse agrees. "Trying to make a case that 2014 is a better basis than 2018 is a really difficult argument and it will become more and more untenable."

The MHLCG is aware of the problem, having promised in October 2018 to review the standard method with a view to having a new formula in place when the next set of projections was issued.

That deadline was not met, however, and housing minister Christopher Pincher revealed at last week's National Planning Summit that publication of the revised methodology is "months rather than weeks" away.

The planning world is still "totally in the dark" about what the new standard method methodology will look like, says Cristina Howick, a partner at Stantec, beyond the noises the government has made about using it to promote housing delivery and focus growth on urban areas.

Many in the private sector are keen to see a wider approach to the standard method, which would take greater account of areas' economic growth and regeneration plans.

But the government is "totally right" to stick to its headline housing target if it believes this is necessary to ameliorate housing shortages, says Howick.

The problem, though, with adopting a big headline figure is how to transmit that to the local level where any increase must be delivered, she says: "If you don't have an evidence-based approach for distributing that total between local authorities, that makes the planning system for local authorities impossible to handle."

But finding a neat mathematical formula to accommodate this policy goal is a headache, says Rouse: "As long as the standard method is tied to a magic number of 300,000 homes, it's going to be a really difficult task to come up with a methodology. Maybe there needs to be a wider discussion about whether 300,000 is the right number."

However, given the recent bullish statements issued by prime minister Boris Johnson about the need to "build, build, build", this is one target that it is hard to see the government abandoning. 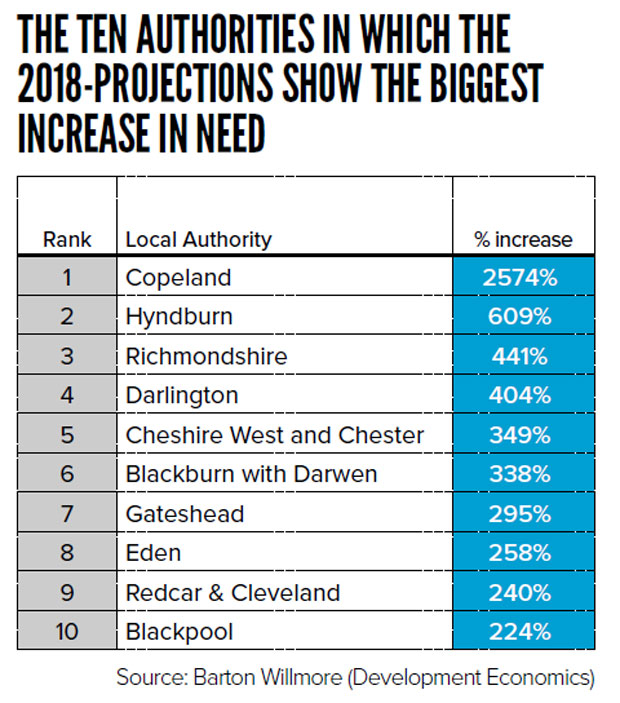 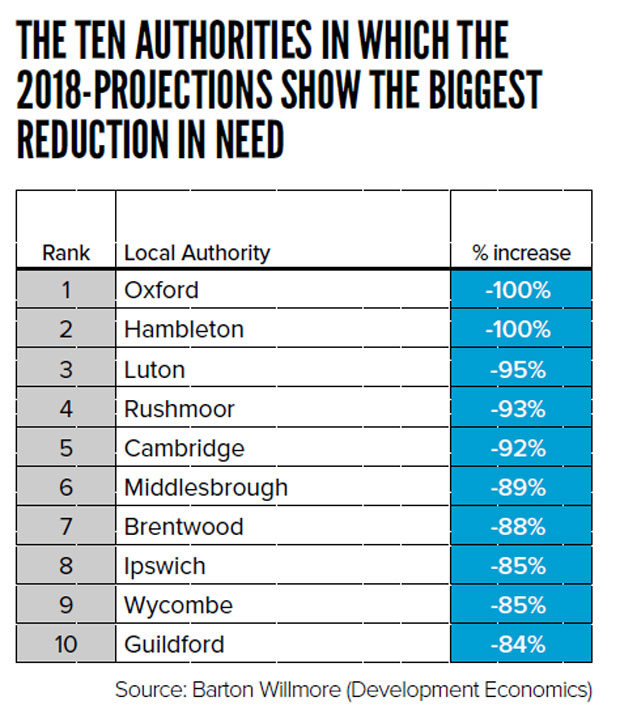