The quality of housing produced via permitted development (PD) rights has been reviewed by the Ministry of Housing, Communities and Local Government (MHCLG). But the findings of the review, announced in last year’s Spring Statement, are still awaited. In June, housing minister Christopher Pincher said the results are expected “soon”.

Since office-to-residential PD was introduced in 2013, concerns have been voiced about the quality of homes delivered, as highlighted notably in reports by campaign group the Town and Country Planning Association (TCPA) and the Royal Institution of Chartered Surveyors (RICS). When the right was made permanent in 2015, the government said it would provide thousands of new homes, making “the best use of existing buildings including some that are underused and neglected”. MHCLG statistics show more than 50,000 units have been delivered. “The number of units in a building can be under-reported,” says Dr Daniel Slade, policy and projects manager at the TCPA, which is aiming to introduce a private member’s bill in the House of Lords next year in order to promote healthy homes, a campaign at least partly prompted by concern about the impact of PD rights.

PD, which allows developers to secure permission without making a planning application, has become associated with homes with much reduced space standards. “The feedback is we’re continuing to get dwellings of circa 13.5 square metres,” says Mike Kiely, chair of the board of the Planning Officers Society, which represents public sector planners. The average size for a UK home built since 2010 is 67.8 square metres, according to analysis by LABC Warranty.

Dr Ben Clifford, associate professor at the Bartlett School of Planning, University College London and co-author of the RICS report, points to other quality failings. “Lack of amenity, problematic internal layouts, insufficient natural light into dwellings, neighbouring uses incompatible with residential use and conversions clearly done as cheaply as possible with poor building fabrics and exteriors are all too common,” he says.

“As a PD right, there has been no ability for councils to influence design. Housing need has been put above design,” says Matthew White, partner and head of planning at law firm Herbert Smith Freehills. “I’d hope MHCLG would think again about how office-to-residential could better reflect design.”

“There are numerous examples of successful conversions,” says Harlow Council councillor Michael Hardware. He argues that some problems with PD schemes have been more related to how they have been used than development quality. In Harlow, a number of buildings were converted for temporary accommodation for people from London boroughs, which, he says, “placed inappropriate or vulnerable people into unsuitable accommodation”. He adds: “In some cases, this market has been undermined by councils placing vulnerable people out of area.” 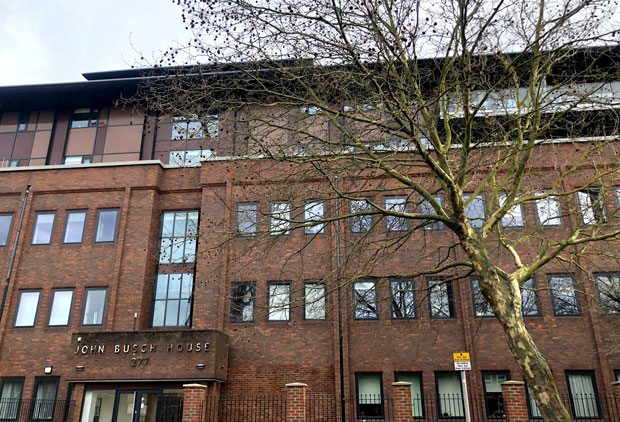 Plans to demolish John Busch House and develop 65 homes on its site were rejected by London Borough of Hounslow in 2012. Following this, the former office building underwent PD conversion to 40 studios and one-, two- and three-bedroom flats, none below national space standards. A successful planning application allowed two storeys to be added to the building, providing 17 units, three of which are affordable. Remaining homes are for market sale. Photo: Ben Clifford 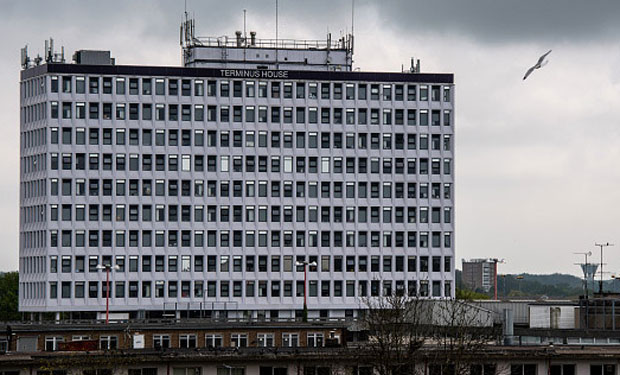 In 2018, the 1960s-built Terminus House was converted to housing using permitted development rights, creating 222 units, 198 of which are studios. The scheme has been the subject of numerous negative media reports, but Mario Carrozzo, founder and group chief executive of owner Caridon Group, says it is centrally located for education and employment and “makes sustainable use of a previously under-used and run-down office building to provide our tenants with quality housing”. Photo: Getty Images 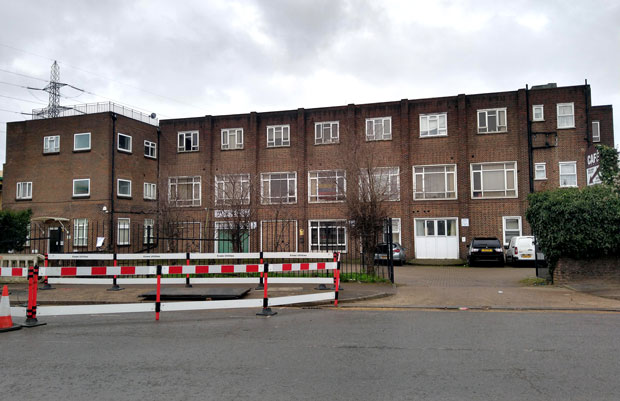 This office block in the centre of the Willow Lane industrial estate provides 86 units for temporary accommodation. The conversion under PD rights was opposed by London Borough of Merton, Merton Chamber of Commerce and Willow Business Improvement District because of its industrial location. Mitcham and Morden MP Siobhain McDonagh has also raised concerns. Photo: TCPA 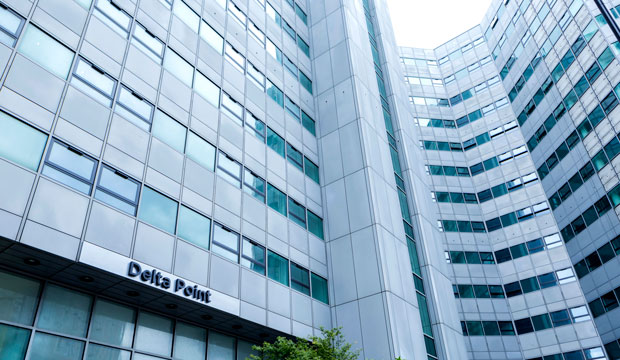 Over most of its life as an office, the 1980s-built Delta Point was occupied by BT. Using PD rights, developer Criterion Capital converted the eight-storey conical block and linked 14-storey crescent to 404 predominantly oneand two-bedroom units for private rent. Croydon Council approved an application to improve the building’s façade and entrance, the works being carried out as part of the conversion. Photo: Wilde Fry 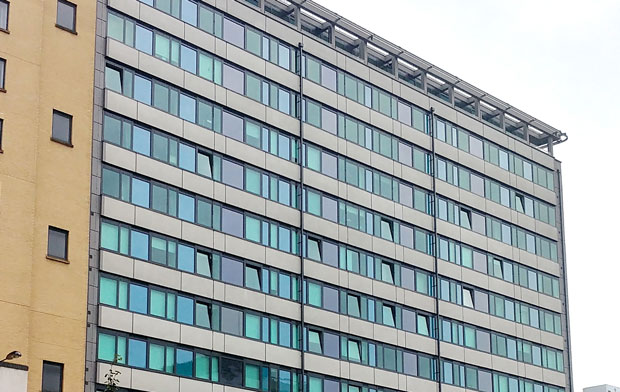 The Home Office’s former office at St Anne’s House was another target for conversion in Croydon. The 1960s block was set to be converted to a 144-bed hotel with 46 apartments at its upper levels, with full planning consent secured from Croydon Council. The building was sold before this was carried out, and it was instead converted to 197 units via PD, 151 of them studios. Photo: Ben Clifford 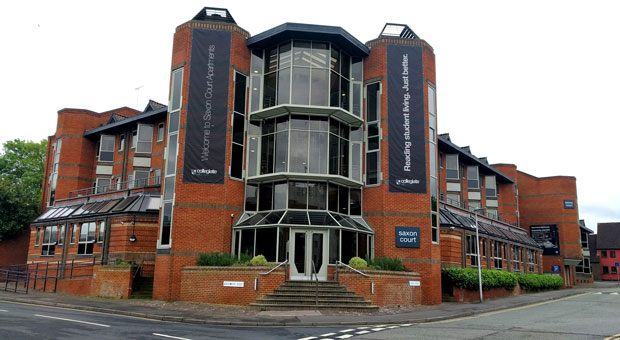 Reading Borough Council has seen a number of office-to-residential conversions under PD rights, including St Giles House, which is close to the town’s university and targeted at the student market. The building, now called Saxon Court, has been converted to 89 units and offers a number of amenities including a cinema, gym and communal kitchen. Photo: Ben Clifford 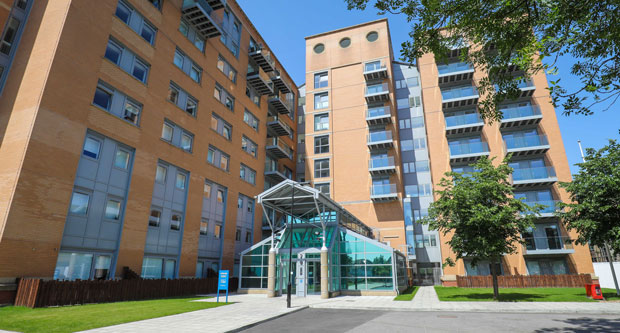 Built in the 1960s as tech giant IBM’s headquarters, these linked blocks now house 270 studios and one- and two-bedroom units. The developer successfully applied for planning consent to improve the building’s exterior as part of the conversion, the remainder of which was approved through the PD process. Developer Interland Group sold the scheme to housing association Network Homes in advance of its 2018 completion, in a deal backed by the Greater London Authority, and the social landlord rents the homes at below market rate. The former office’s adjacent car park site is earmarked for residential-led development. Photo: Network Homes 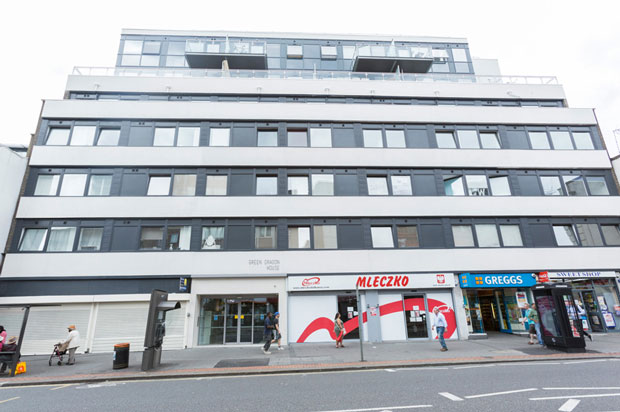 The micro-apartment conversion of this high street office block was recognised in a number of awards for its innovative redevelopment of an existing building and regeneration. Under PD rights, the 1970s building was converted to 111 one- and two-bedroom units for market sale, with amenities including a residents’ lounge. Additionally, planning consent allowed two storeys to be added to the building, providing eight more units, plus a roof terrace for residents. Photo: Wilde Fry 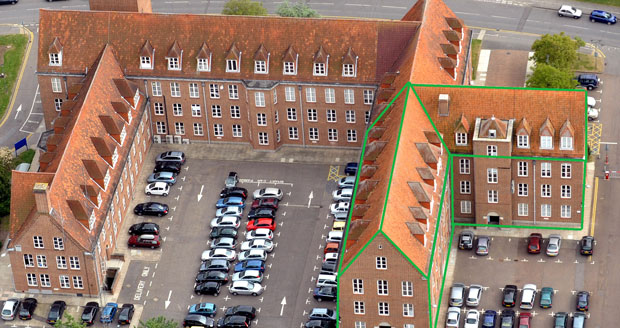 Spelthorne Borough Council says efficiencies in its use of office space allowed it to free up the west wing of its four-storey civic office for conversion to 25 one-, two- and three-bedroom properties for affordable rent to key workers. Although the conversion is being carried out through PD rights, council leader Ian Harvey says: “We also presented the plans to our planning committee to ensure we were being as transparent as possible and to give residents the opportunity to comment.” He says the project, which is due to complete later this year, is “part of a long-term strategy to make the best use of council-owned assets”. Photo: Spelthorne Borough Council