According to a statement from heritage watchdog Historic England, it took legal action against John Mac, Heather Mac, and their daughter Elizabeth Mac over damage to the remains of a medieval village in the parish of Withybrook, on a site owned jointly by Heather and Elizabeth Mac. 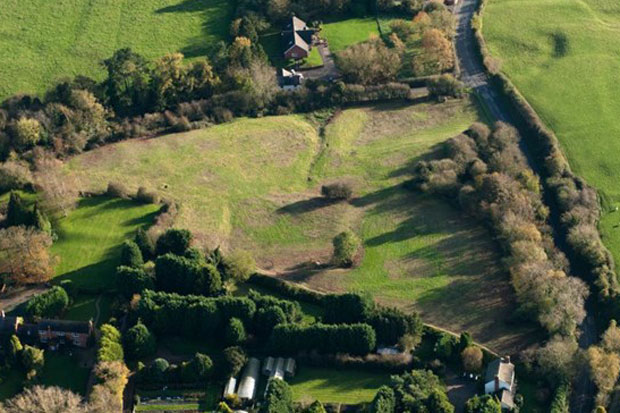 Works to scheduled monuments require consent from the secretary of state.

According to the statement, the unauthorised works included the construction of a four metre wide track using machinery, and installation of a water pipe, troughs, gateposts and fencing, which Historic England considered to have caused a "very high degree of harm".

In particular, the body said, the construction of the track "damaged and destroyed the recorded medieval earthworks on the site, resulting in the total loss of an important medieval trackway (hollow way) and damage to the site of a medieval building".

Historic England said that, despite written and verbal warnings from it and Rugby Borough Council planning enforcement officers, the Macs "took no steps to reduce or minimise harm to the site and did not engage with Historic England’s investigation".

"The works were not committed by accident or through the act of rogue contractors, they were deliberate and sustained," Historic England said.

According to the body, during sentencing at Warwick Crown Court, the judge "noted the defendants had not shown any remorse for their actions and there have not been any attempts or offers to assess and remediate the damage caused".

Councillor Jill Simpson-Vince, Rugby Borough Council portfolio holder for growth and investment said: "This cynical act of cultural vandalism has caused irreparable damage to a protected historic site of national importance, and the severity of the fines imposed by the judge sends a clear message to landowners who choose to ignore advice from our planning team and flout the law."

The council said that it received a retrospective planning application for the works in January 2018, which remains undetermined.