According to the Planning Consultancy Survey 2019, which is published today, the real estate firm increased the number of chartered planners it employs from 24 in September 2018 to 35 in September 2019.

The increase of ten makes it the firm that grew the most in the past year, and sees it move up the rankings of the biggest employers of planners from 23rd place to 19th.

Head of planning for London and the South East, Mary-Jane O’Neill, said the growth is due to a strategic decision by the multidisciplinary company to focus on planning.

The firm that showed the second-highest growth in chartered planners is Iceni Projects, which added 10, from 36 in last year's survey to 46 this year. It moves up the biggest employers table from 17th to 12th place.

According to the firm’s chief executive, Ian Anderson, the increase is mostly due to junior members of the team gaining chartered status in the last year, rather than a big recruitment drive.

In third place in the growth table is LUC, which added seven planners in the past year - from 13 up to 20 - and showed the highest proportional growth of any firm in the top 50.

LUC board director for planning Philip Smith said the growth was partly due to some junior members of the team acquiring chartered status. 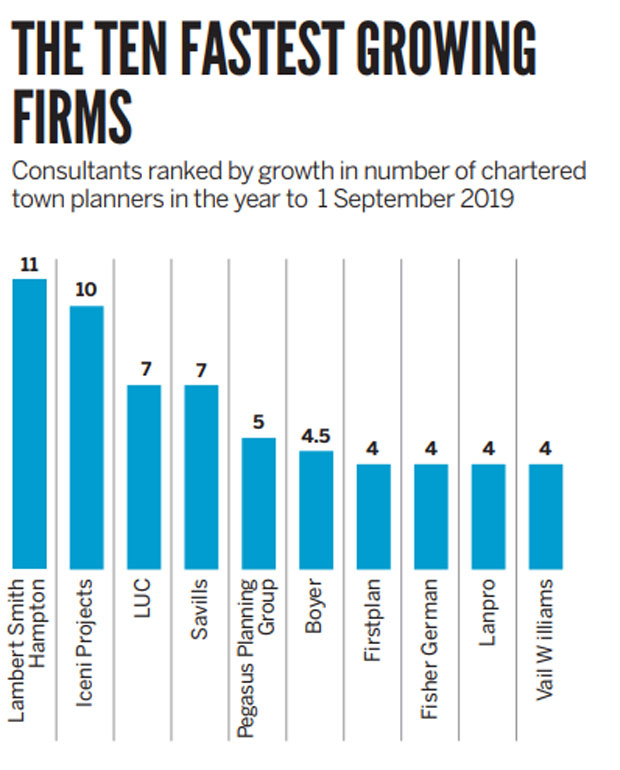 The survey also shows that Savills heads the top 100 consultants table for the fifth year in a row (see bubble chart, below).

The company increased its headcount of chartered town planners by nine between 2018 and 2019, bringing its total to 186 across 21 offices.

Barton Willmore and Lichfields retained second and third places respectively in the ranking, with 152 and 118 chartered town planners apiece.

In fourth place is new entry WSP | Indigo, formed following the acquisition of specialist planning consultancy Indigo by construction engineering giant WSP in May this year. 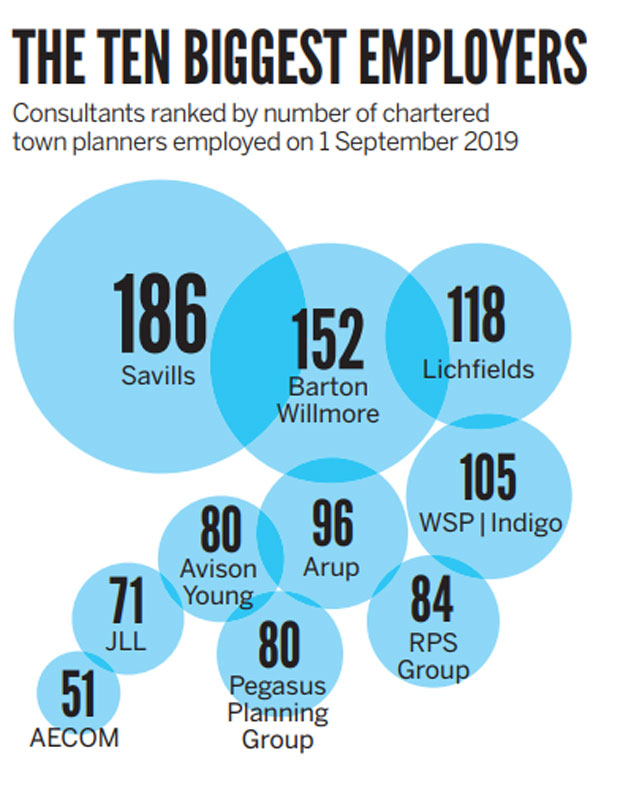 Meanwhile, the number of chartered town planners employed by the UK’s top 100 consultants has increased by a fifth over the past year.

According to our report, the number of chartered town planners working for the 100 biggest firms has increased from 1,768 to 2,148.

However the number of chartered town planners working for the ten biggest consultant employers was unchanged on last year’s figure of 941.

The full survey can be read here.