That is one of the clear messages to emerge from our 2019 Planning Consultancy Survey, which was completed by 148 firms, 20 more than responded to last year’s version.

Just 12 per cent of respondents agreed that the economic climate for development will improve over the next 12 months. That compares to 13 per cent last year, 24 per cent in 2017 and 40 per cent in 2016. This year, 36 per cent said they either disagreed or strongly disagreed with the statement, while 48 per cent were unsure. 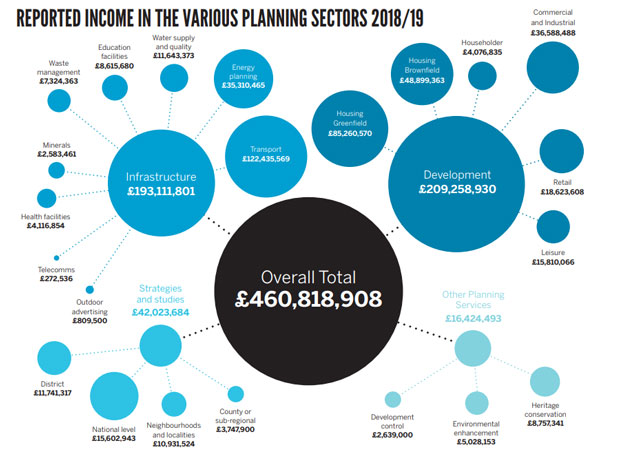 In terms of growth sectors, it is clear from the survey that demand for planning advice on housing continues to rise. Respondents reported that fee income related to greenfield housing had increased in the past year by an average of six per cent, and predicted that it would rise by another five per cent in the year ahead. The equivalent figures for brownfield housing were four per cent and five per cent.

David Cowan, managing director, planning and environment, at RPS isn’t surprised that the reported figures for greenfield housing are slightly higher than those for brownfield. He acknowledges that there will always be political pressure to develop on brownfield land first. "But in order to meet the demand there will have to be more housing on greenfield sites as well," he says.

Mark Sitch, senior partner at Barton Willmore, adds: "There is still a significant need for housing and that will be a combination of greenfield, brownfield and greenbelt."

However, demand will not be evenly spread. Cowan says that housebuilders are increasingly turning their backs on London in favour of the regions, which is where consultancies are likely to pick up the most work. In part, he says, that is due to fears that house prices could crash in the capital as a result of a hard Brexit, but it is also due to the fact that land values in the capital continue to be prohibitively expensive, particularly in an uncertain market. "We’ve found that the regional market in housing has held up strongly and we would expect it to continue to do so," he says.

All those new homes will need energy, points out Sitch. Survey respondents estimated that fee income from the energy sector had increased by 7 per cent, making it the fastest-growing sector in the past year. Respondents also predicted that fees from work related to energy would increase by a further six per cent in the year ahead. The push to decarbonise the UK’s energy infrastructure is also
a factor.

Less positively, the only sector that survey respondents identified as declining was retail. Respondents reported that fee income from retail had declined by four per cent in the last year and predicted that it would fall by another three per cent in the year ahead. Of course, the main reason for the decline in retail is the move to online shopping. "The growth in online retailing has seen the investment in new retail floorspace reduce," says Cowan, although he adds that discount supermarkets such as Aldi and Lidl are still on a growth trajectory. 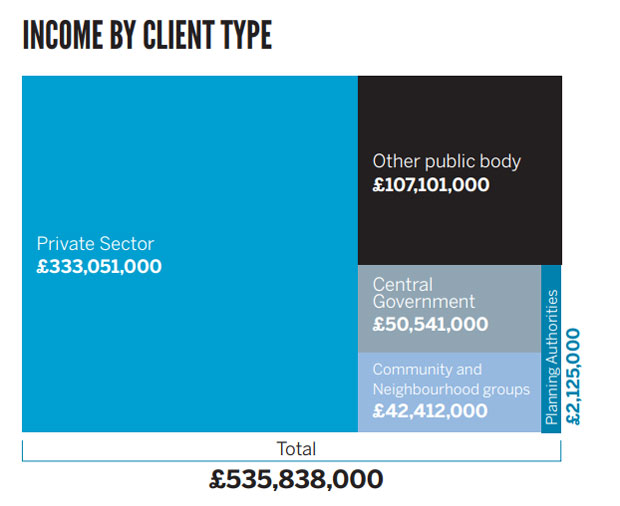 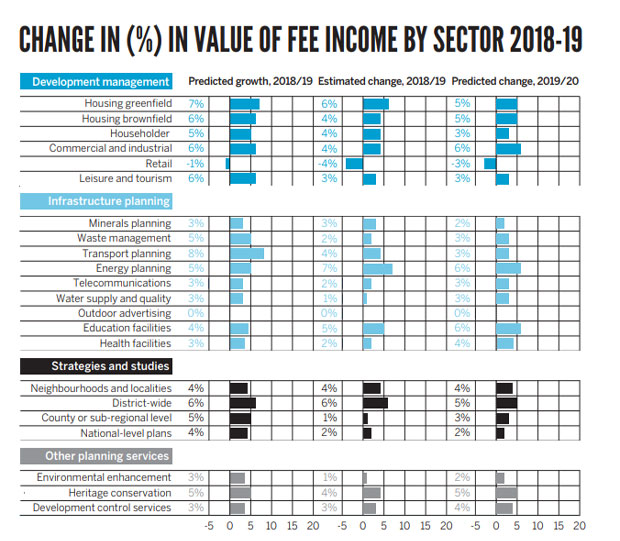 On the plus side, the decline of retail has been commercial and industrial’s gain. The goods we consume have to occupy a physical space somewhere, hence the ongoing growth of the logistics sector. Fee income from commercial and industrial was estimated by respondents to have increased by four per cent in the last year and is predicted to increase by a further six per cent in the year ahead, according to survey respondents. "The demand for logistics will continue as our lives change and demand increases for instant access to goods," says Sitch.

The decline of retail is also leading to other work. As a result of many retail units – be they on high streets, on out-of-town retail parks or in shopping centres – being made redundant, multiple consultancies report that they are increasingly being engaged by both shopping centre landlords and local planning authorities looking to revitalise their town centres.

James Fennell, chief executive at Lichfields, says that repurposing existing retail assets is an increasingly important income stream. "The value balance is tipping now such that the whole- or part-redevelopment of retail parks and shopping centres and the integration of new residential uses will gather momentum in the future," he says. Cowan adds that such redevelopments increasingly feature a strong element of leisure, which he also sees as a growth sector (survey respondents predict a four per cent increase next year).

"Undoubtedly, we have never been busier in town centre regeneration," says Ian Anderson, chief executive of Iceni Projects. "That’s because of the retail challenges, which have triggered a need to think strategically and holistically about what you do with town centres."

Another area of consultancy input that shows strong reported and predicted growth is work on district-wide plans. Survey respondents report that income from this area increased by six per cent last year, and will increase this year by a further five per cent. There may also be further opportunities that were not apparent when this year’s survey was conducted – at that time, the December general election had not yet been confirmed. While party manifestos have yet to be published, the main parties’ announcements indicate that an increase in capital spending is on the cards, something that would undoubtedly lead to an increase in work for consultants across multiple sectors.

"They’re both saying that they will increase spending and a lot of that will be on infrastructure, whether that’s health, education, housing or transport," says Cowan. "If these emerging commitments are realised, we could see a significant pick up in a range of development types."