Samina Nadeem, of Malborough Road in Southall, was fined by Isleworth Crown Court for ignoring the London Borough of Ealing’s enforcement notices that required her to pull down the outhouses that she was renting to up to five tenants.

According to a statement from the council, Nadeem bought the property in Scotts Road, Southall, in 2012. She immediately started letting out the outhouses, which were originally built as garages but were converted to housing without planning permission (see image of interior, below).

Ealing Council said it issued Nadeem with a planning enforcement notice in August 2014, ordering her to stop letting the outhouses and ultimately demolish them.

After she ignored the enforcement notice, in September 2015 the council said it intervened, demolishing the outbuildings and bringing a prosecution against her.

Having originally entered a not guilty plea at her trial at Ealing Magistrates’ Court, Nadeem was found guilty in February 2017, the council said.

The case was then committed to Isleworth Crown Court for a confiscation order was considered under the 2002 POCA.

This required Nadeem to prove that her income over the preceding six years was legal, the council said.

After failing to do that, on 18 October, Nadeem received a confiscation order of £447,552.22 – equivalent to the total equity she owns in her portfolio of rental properties - which must be paid by 18 January 2019.

If she fails to pay, the council said Nadeem would receive an automatic four-year prison sentence. The court also fined her a further £18,000, the authority added. 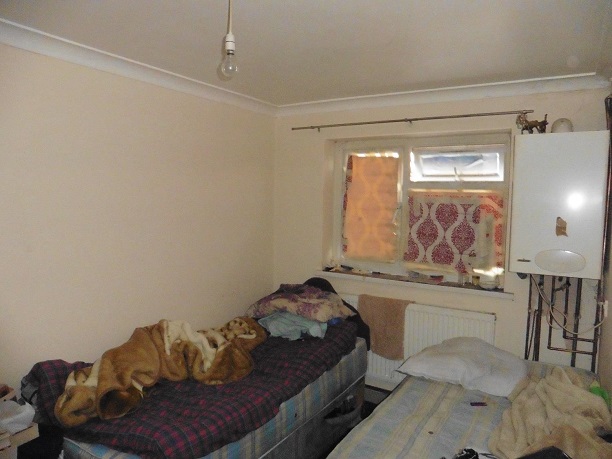 Joanna Camadoo, Ealing Council’s lead member for community safety and inclusion said: "We’re very pleased to get such a positive result at the end of a very long and drawn out case.

"It’s a tragedy that tenants are being exploited in this way, forced to live in Dickensian conditions by unscrupulous landlords like Mrs Nadeem.

"This case is a warning to other property owners who think they can ignore the law - anyone who builds properties in our borough without planning permission can expect a knock on the door from our enforcement officers."

An article on how Ealing Council's planning enforcement team tackles the issue of 'beds in sheds' can be found here.