This year, 76 per cent of firms that stated their fee rates in our annual survey said their maximum daily rate was above £800, down from 80 per cent last year and 90 per cent in 2016.

Meanwhile, 59 per cent of firms reported that they have raised fees in the past year, up from 53 per cent last year.

Barton Willmore stated the highest maximum fee rates in our survey (see table below), at £2,325 a day, though these were unchanged since last year. In joint second place, five firms all said they charged up to £2,000 a day. 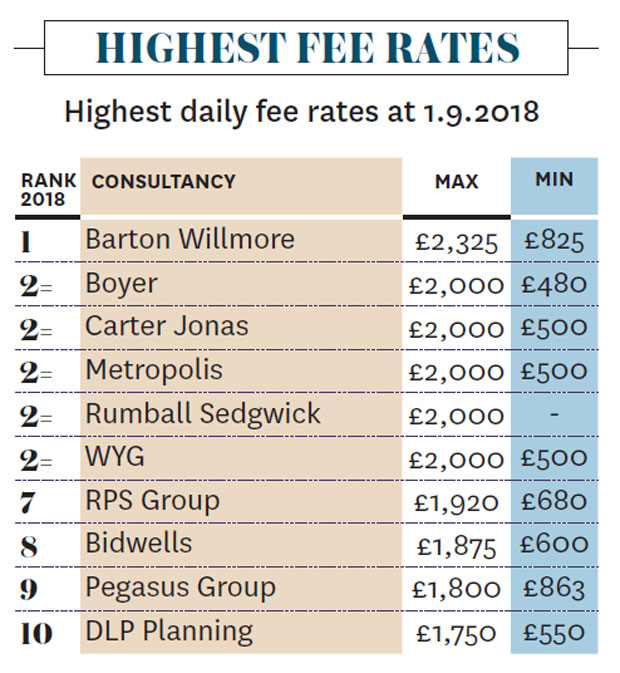 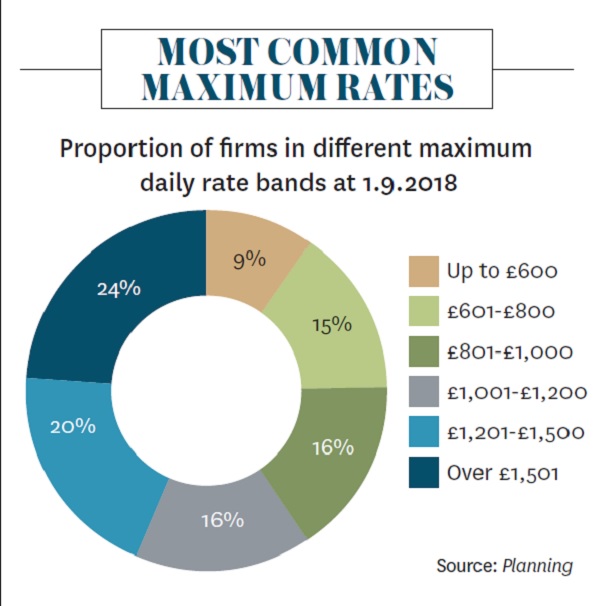