In his report published earlier this month, planning inspector Philip Staddon approved Waverley Borough Council in Surrey’s CIL schedule. Staddon said the proposed charges would "secure a significant and important funding stream for infrastructure necessary to support planned growth in the borough for which there is a demonstrated funding gap". The schedule proposes a charge of up to £452 per square metre for housing developments, and up to £280 per square metre for older people’s housing.

Noting that the CIL on housing development will be "relatively high when compared to historical section 106 planning agreement costs", Staddon recommended that Waverley "monitor closely the local impacts of the CIL on development delivery".

He also advised a review of the charges after three years of their operation. "This will allow an opportunity to review the effects of CIL on development delivery and allow for any necessary adjustments and refinement," he said. 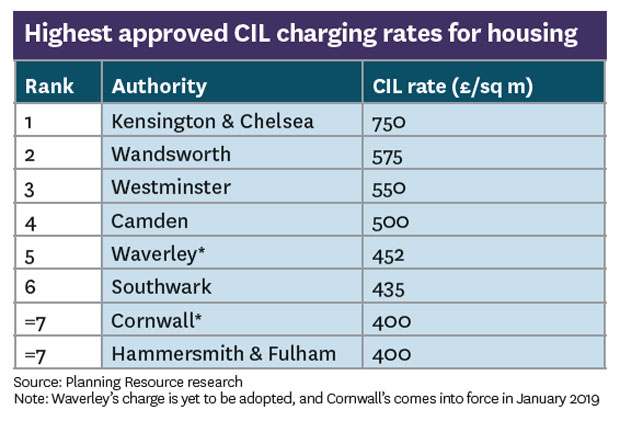 Oxfordshire: Oxford City Council is carrying out consultation on a preliminary draft charging schedule. The schedule, which is out to consultation until 30 October, is proposing a rate of £200 per square metre for new housing, shops, restaurants and cafés.

Hertfordshire: Stevenage Borough Council has just carried out consultation on a preliminary draft charging schedule, which closed on 24 October. It is proposing a charge of up to £100 per square metre for market and sheltered housing.

Kent: Councillors at Canterbury District Council have agreed to consult on the authority’s preliminary draft charging schedule, which proposes charges of up to £187 per square metre for residential.