The Office for National Statistics has this morning published the 2016-based household projections for England.

The figures form a key part of the government's new standard method for assessing housing need. The method is based on the latest household formation projections, which are adjusted to reflect housing affordability, and then subjected to a 40 per cent cap on any increase above current annual requirements.

However, the government has said it will imminently consult on possible changes to the standard method to account for the likely lower growth rates, confirmed in today's figures.

Five of the ten local authorities with the highest rate of household growth are in London.

Meanwhile, households headed by someone aged 65 years and over account for 88 per cent of the total growth in households between 2016 and 2041. 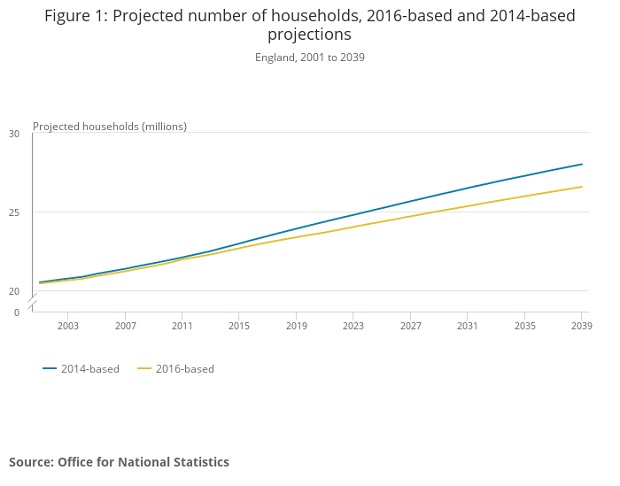 The figures can be found here.