Planning consultancies have reported another year of continued fee income growth. This year, 95 firms provided annual fee income figures for the Planning Consultancy Survey, the top 25 of which we feature in the table opposite.

A comparison of the 50 highest-earning firms of 2016/17 that provided data both this year and last shows that their total fee income rose by 11 per cent, from £423 million to £469 million. Of those 50 firms, 34 reported a rise, 15 a fall and one no change. At the top end, the ten highest fee-earners reported a total income of £382.7 million, up 12 per cent compared to the £341 million those same firms earned last year.

RPS once again tops the overall table, retaining the position since the fee income survey began 20 years ago. Its total income for 2016/17 was £93.3 million, up three per cent from £90.6 million. It also topped the tables in eight of the ten biggest-earning markets sectors (see tables, below), showing about five per cent growth in its most profitable sectors - transport, energy, retail and householder developments. David Cowan, its managing director of planning and environment, says that growth has been steady across the board, and particularly notable in work related to roads.

In very close second is Arup. The firm recorded the highest income rise in the top ten, at 30 per cent, rising from £71 million to £92.5 million. It now stands less than £1 million behind long-standing leader RPS. Transport-related planning work is by far Arup's biggest earner, making the firm £41 million in the last year, more than a fifth higher than last year's figure. Much of the total increase is based on Arup's "continued and often expanded roles" on projects including High Speed Two and several nationally significant infrastructure projects (NSIPs), says associate Kieron Hyams.

At third-placed WYG, fee income is up nine per cent in the last year, from £45 million to £48.9 million. But while greenfield housing and transport income were both up by 50 per cent, energy income dropped by more than half. However, director Gerald Sweeney says that the energy figure represents "a short-term drop".

Savills is in fourth, with fee income rising by 12 per cent year on year, from £24.5 million to £27.5 million. Greenfield and brownfield housing earnings were up by a combined total of £1 million to £9 million. Head of planning David Jackson puts this partly to "an increase in local plan activity".

Amec Foster Wheeler, in fifth place, saw its earnings rise sharply by 20 per cent, from £19 million to £22.9 million. More than half of this figure is accounted for by its energy-related income, which rose by 32 per cent to £11.4 million. Head of planning Clive Harridge says the firm has "growing business" in energy, including nuclear, wind, solar and battery projects.

Breaking into the top ten is Quod in ninth. Its fee income rose by 26 per cent over the last year to £17.6 million. Maximum daily fee rates at the firm are once again the highest in the survey at £2,850, the same rate as last year.

Elsewhere in the top ten, Pegasus Group, Lichfields and Barton Willmore all recorded steady rises in the past year, but SLR Consulting saw its income drop by £400,000 to £14.4 million.

The highest proportional rise in the top 50 is at LUC - up 75 per cent to £4.9 million. Planning director Philip Smith says the increase "reflects a larger team and wider geographic spread, including in the North West where we have opened two new offices". Among the top 30 firms, the biggest fall in fee income in the last year - of 15 per cent - was at Carter Jonas. Partner Nick Taylor says the firm this year removed any development team income from its total and instead only cited purely planning work earnings.

While fee income appears to be up for most firms, daily fee rate figures show a drop in the higher levels charged. Just 80 per cent of firms charged a maximum rate of more than £800 a day, compared to 90 per cent last year, with 45 per cent charging above £1200, against 52 per cent in 2016. However, an identical proportion of firms this year compared to last - 53 per cent - reported increasing their fees in the past year. 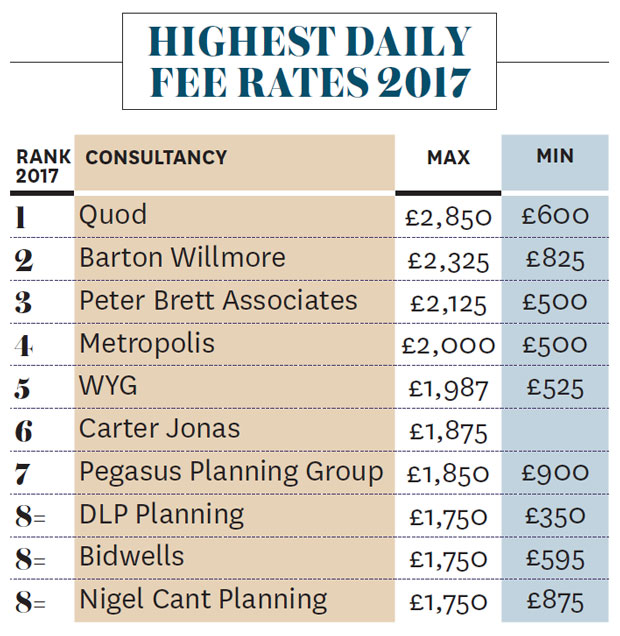 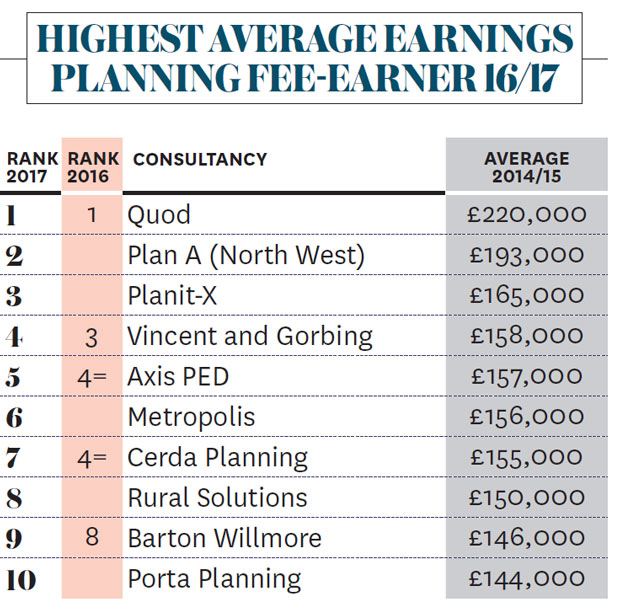 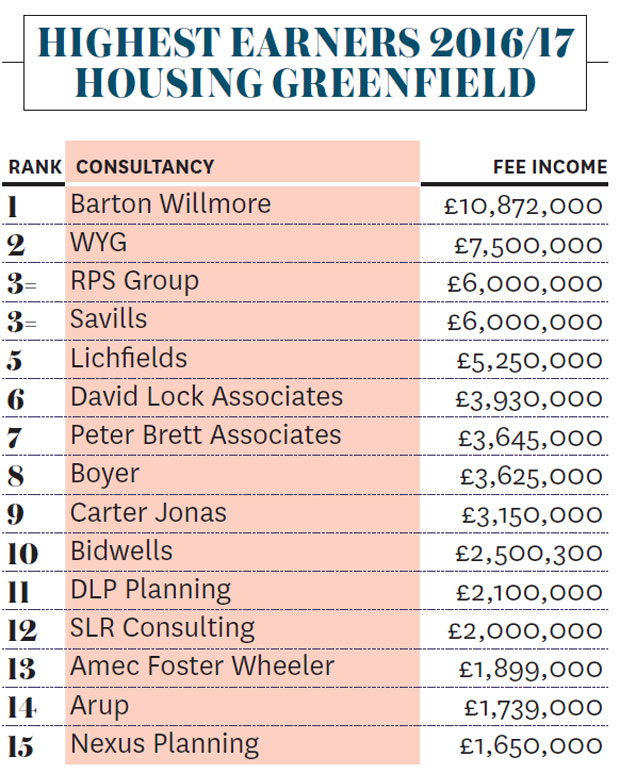 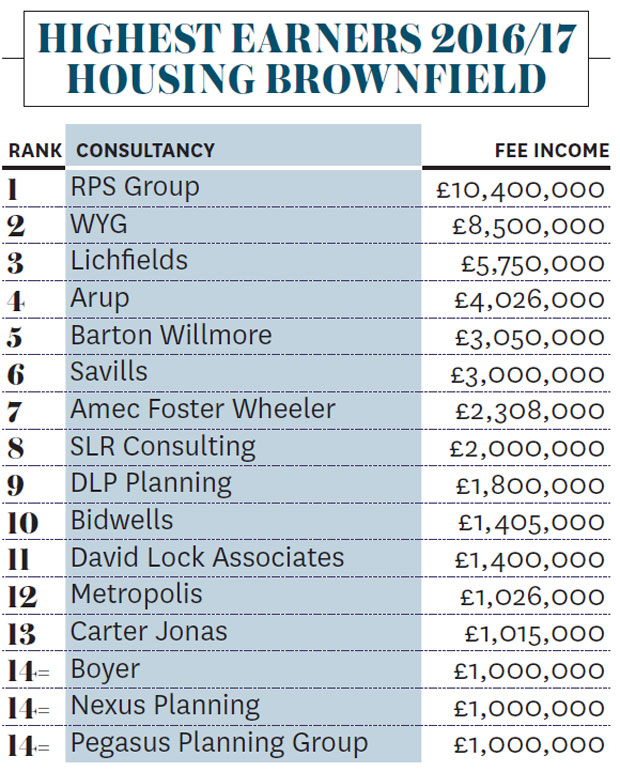 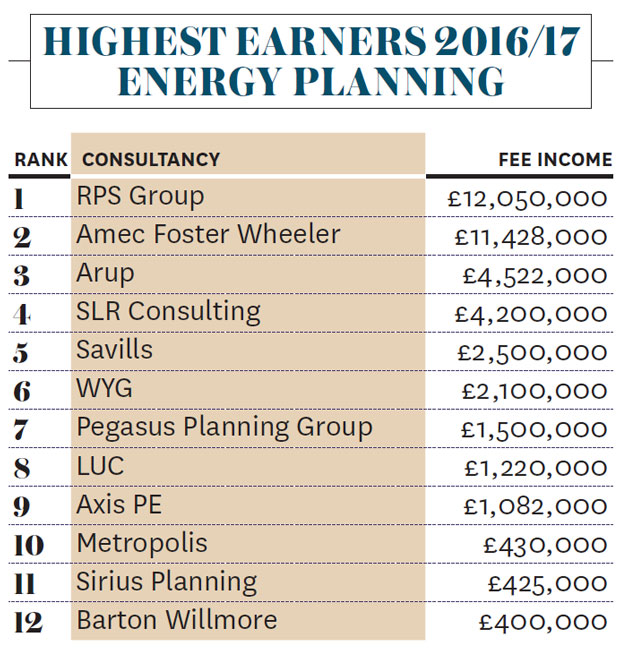 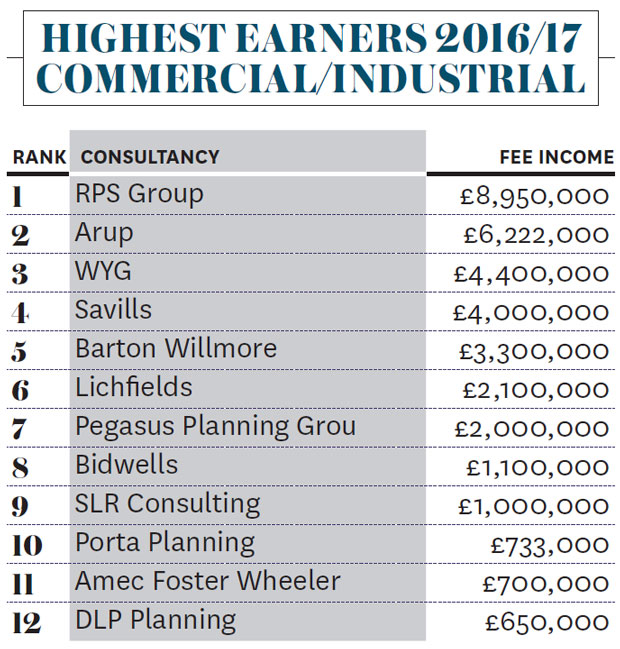 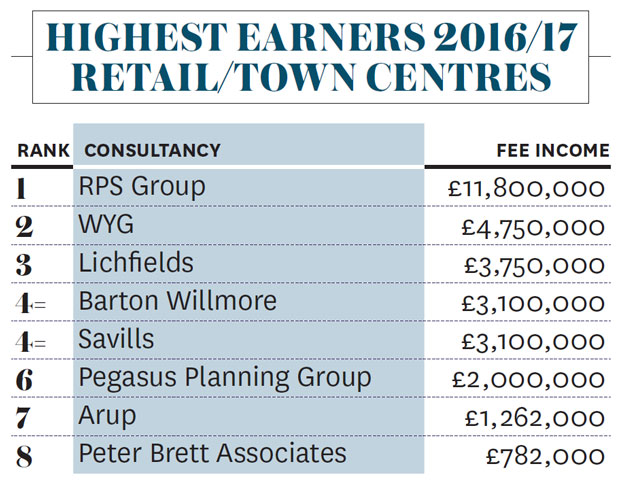 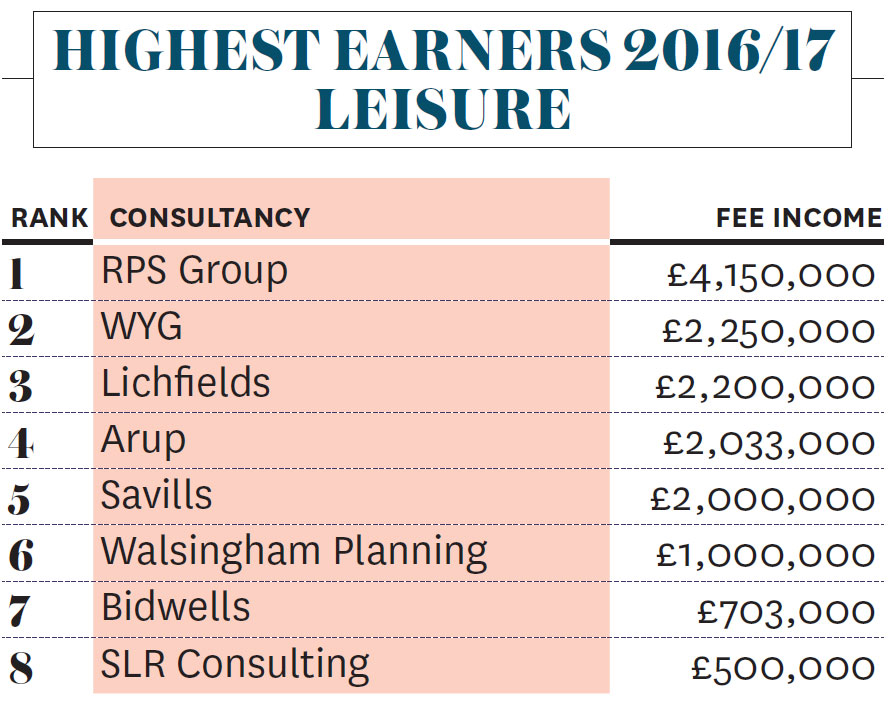 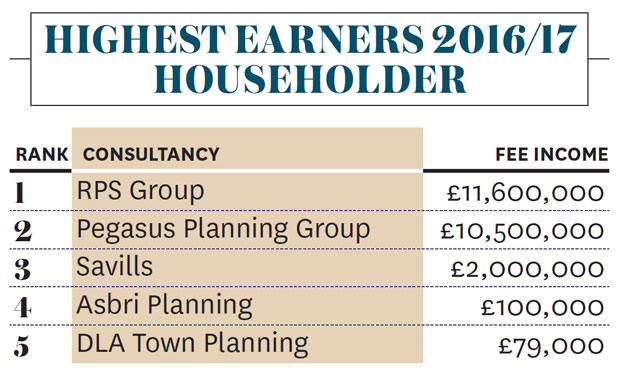 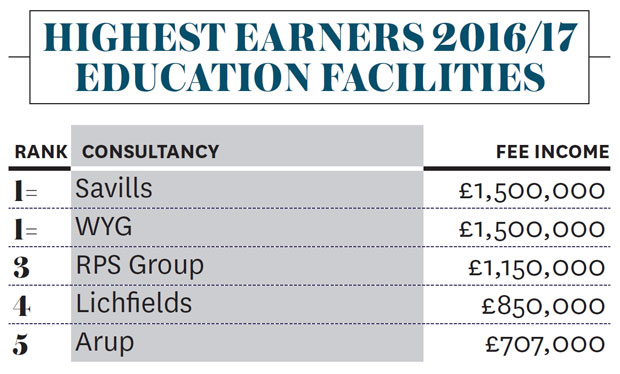 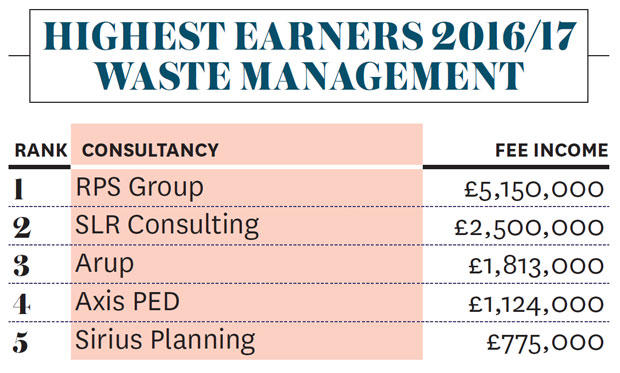 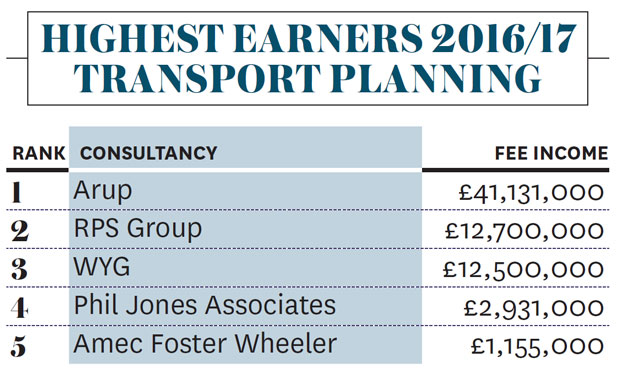