The East Riding Local Plan, submitted by East Riding of Yorkshire Council, was given the Editor’s Award which is given to the Planning Award-winner considered most impressive of all.

Judges felt that the plan - which had earlier in the evening won the Award for Plan-Making - the had dealt impressively with the challenges of cooperating with neighbouring authorities and driving housing delivery.

The judges also praised the plan, which saw a big drop in objections at the submission stage, as "successful in reaching out and engaging local residents".

Stephen Hunt, head of planning and development management, East Riding of Yorkshire Council, said: "We’re absolutely thrilled and delighted to have won both awards, particularly the editor’s award – it was very much unexpected. It’s testament to the hard work that the team put in to preparing the local plan. It took the best part of nine years to prepare. It’s been a long road to get it adopted. It’s a great achievement, we are really pleased."

Hunt explained that the council was seeking to promote a single and comprehensive local plan, with both housing numbers and site allocations.

He said: "It's the first single local plan adopted in Yorkshire. We thought it was important to talk to communities. It's difficult to explain housing numbers to them without also talking about allocations. So we did it at the same time.

"We’ve had strong political support through to adoption.

Elsewhere in the planning categories of the awards, the Award for Planning Consultancy of the Year went to HTA Design.

Judges said the firm "consistently included a strong community approach" and "demonstrated clearly how they brought value" to the range of projects they worked on.

The Local Authority Planning Team of the Year award, meanwhile, went to the City of London Planning Department.

In the placemaking categories of the awards, the Award for Best Housing Scheme (500 homes or more) went to the Woodberry Down regeneration in north London. Judges praised the physical and environmental benefits of the scheme, as well as the high level of affordable housing.

The Award for Design Excellence went to the fifth phase of regeneration at the University College London Hospitals main campus, a specialist facility for ear, nose, and throat medicine. Judges described the project as "a game changer for hospital design". and "terrific architecture that is dynamic yet respects its setting and enhances it".

Slideshow: The Planning Awards 2017 in pictures 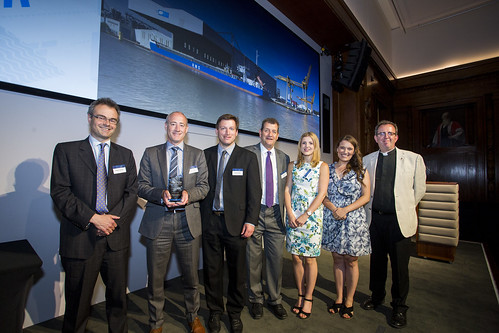 Full details of all the awards winners and highly commended shortlisted entries can be found here.