The issuing of the document comes as City of Cardiff Council consults on its draft charging schedule, in which it has reduced the rates for residential and retail schemes from those proposed in an earlier draft (see below).

But 14 of Wales' 22 councils have yet to publish draft proposals for consultation. Wales' three national park authorities have also yet to publish CIL plans, according to the data.

Devon: East Devon District Council introduced its CIL charging schedule on 1 September. Charges vary from £68 per square metre to £150 per square metre depending on the type and location of the scheme.

Dorset: Christchurch Borough and East Dorset District Councils adopted their schedule on 5 and 6 September 2016 respectively. They will come into force from 3 January 2017.

Wales: City of Cardiff Council is consulting on its CIL draft charging schedule until 20 October. It has reduced its proposed rates for residential and retail schemes from those included in the earlier preliminary draft schedule, and would exempt strategic sites from the development tariff.

Wales: Carmarthenshire County Council is consulting on a preliminary draft charging schedule until 4 November. The document proposes a zero rate for housing in areas with viability problems and £60 per square metre elsewhere.

Yorkshire and Humber: A consultation on Hull City Council's draft charging schedule closed on 21 September. The document proposes five charging zones for residential development, with rates ranging from £5 to £60 per square metre. 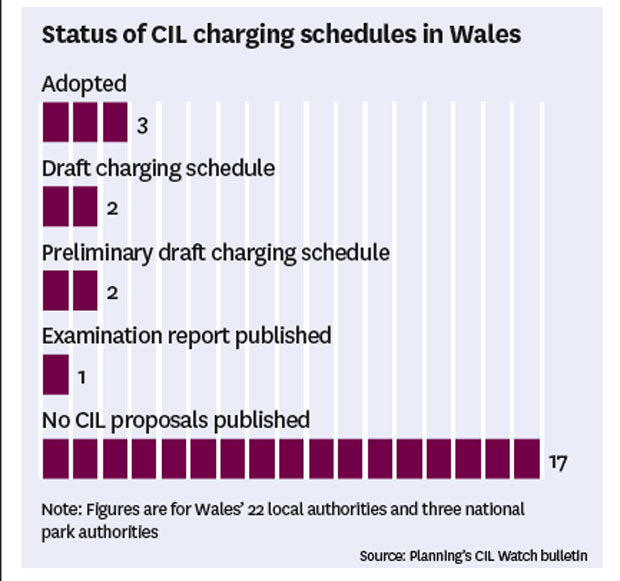