A 24-kilometre "supersewer" for central London made history in September 2014 when it became the largest project so far to be approved under the Planning Act 2008’s nationally significant infrastructure project (NSIP) regime.

The Thames Tideway Tunnel is intended to reduce the 10,000 tonnes or so of sewage-related litter entering the river from overflow discharges by around 90 per cent, to help meet the EU urban wastewater treatment directive. Enabling works are in progress, with the main phase of construction to begin next spring.

Securing the development consent order (DCO) for the £4.2 billion project, which won both the Award for Infrastructure, sponsored by law firm Burges Salmon, and the Editor’s Award at the 2015 Planning Awards, took more than seven years.

The Thames Water team behind Tideway opted for the NSIP process because of its relative ease and fixed timescales, says Phil Stride, external affairs director at Tideway. This organisation was first set up as a Thames Water project team to plan the scheme but is now part of a special purpose company, Bazalgette Tunnel Ltd, launched this summer.

The tunnel route stretches from Acton in west London to Abbey Mills in the east. "We could have gone for a hybrid bill or made different applications to the 14 boroughs along the route and other regulatory bodies, but that would have taken much longer and not provided certainty," Stride says.

James Good, a partner at Tideway’s legal advisers Berwin Leighton Paisner (BLP), says the DCO covers all the permissions needed to build the tunnel, including planning, land assembly and other statutory powers controlling development on and around the river. BLP partner Vicky Fowler notes that before the NSIP application could be made, the 2008 act’s project size threshold had to be amended to bring the tunnel project within the regime, while a national policy statement on wastewater treatment had to be drawn up and agreed by Parliament.

As part of its work, the Thames Water team visited Portland in Oregon, Chicago and Milwaukee in the USA, which have similar projects. Officers in these cities emphasised the importance of transparency to gain stakeholder support, says Stride. "To gain trust when we met local interests, we took along specialists who could give informed answers," he says.

Stride says the planning team took part in more than 100 days of exhibitions and gave 450 briefings. "We never refused a request for a briefing," he says, adding that 20,000 landowners had to be contacted and their concerns addressed as far as possible.

Dialogue with interested parties started in 2007 over construction site selection criteria. Two rounds of formal consultation in September 2010 and November 2011 helped to whittle down a list of 1,150 potential sites to just 24. "We listened to local interests and changed some of the working sites, which meant altering the route," says Stride.

"Some public parks are to be used as working sites, but we have sought to reduce the impact on these," says Stride. He points out that new public space is being created, especially by the river. "We are building facilities on the foreshore and creating public access above them," he says. Concerns about noise, nuisance and the effects on views across the Thames also had to be allayed, says Fletcher. 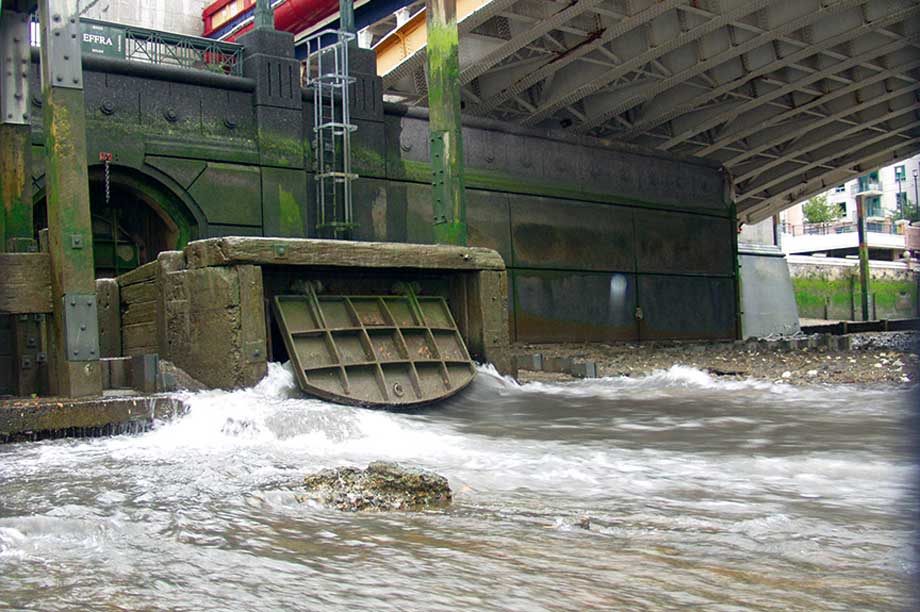 He says that working to NSIP timescales – not least the six months set for examination – made the pre-application planning phase extremely intense. "By the time the application faced examination by the Planning Inspectorate, we had to ensure that we had resolved as many issues as possible. The route and the working sites had to be fixed and enough consultation done to satisfy its requirements," he says.

The DCO application was submitted in February 2013 and examination began in September that year. Apart from preparing for and appearing at more than 50 public hearings, the legal team answered more than 600 written questions from examiners in just four months. Even after ministerial approval was secured, the scheme faced a final hurdle from four judicial review claims, all dismissed by the High Court this January.

Throughout the process, Tideway has retained a small central team, but it has employed about 400 consultants in three teams covering different sections of the tunnel. Rather than commissioning individual consultancies for separate pieces of work, the firm integrated individuals from a wide range of practices and disciplines, including planning, design and engineering, into its project teams. "This provided well-focused teams of consultants," says Stride.