Four years after the abolition of regional spatial strategies in 2011, many councils are being forced to engage with strategic issues and take on some of the housing need that neighbouring authorities cannot accommodate, according to Alice Lester, programme manager at the Local Government Association's Planning Advisory Service. "Inspectors are requiring authorities to cooperate on agreeing housing needs within their housing market areas," she has said.

But progress has been slow, said Matthew Spry senior director at planning consultancy Nathaniel Lichfield & Partners. "There are few examples where councils are jointly agreeing and taking forward housing targets," he said. He added: "In many areas, agreeing housing numbers across authorities has become highly political."

This comes as six councils across Warwickshire and south-west Leicestershire in the Coventry and Warwickshire housing market area failed at a meeting of their shadow economic prosperity board last week to unanimously agree a memorandum of understanding on housing figures.

The document seeks to allocate the 17,800 homes that Coventry City Council cannot accommodate from 2011 to 2031 across the other districts. The push for the memorandum came from Warwick District Council after an inspector suspended the inquiry into its local plan earlier this year due to concerns over how Coventry's unmet housing need was to be handled in an early review of the plan.

At the board meeting, Nuneaton and Bedworth Borough Council leader Dennis Harvey would not endorse the memorandum because he wasn't confident that he could get an additional 5,700 homes approved by his members, said Daniel Aldington, cabinet member for planning and development. But the council may endorse the figure after a review of its housing land availability assessment is completed later this year, he added.

"In retrospect, we should have carried out a strategic housing market assessment across all the councils earlier on in the planning process," said Warwick District Council's chief executive Chris Elliott. He suggested that if Nuneaton does not sign up to the memorandum, the other councils may decide to increase their housing allocations to compensate so that they can progress their local plans. He pointed out that "close cooperation has become a requirement if local authorities want to get local plans passed by an inspector".

Catriona Riddell, strategic planning convenor for the Planning Officers Society and freelance consultant, said there are many approaches councils can adopt to jointly agree housing numbers across a sub-region, including joint core strategies and non-statutory spatial plans as well as memoranda of understanding. "Whatever form they choose, there must be a transparent process that starts from broad housing figures and it needs to allow space for difficult discussions," she said.

Riddell pointed to the successful cooperation in the Greater Cambridge and Peterborough sub-region, where councils have been working to a growth agenda for almost 20 years. She said the seven local authorities established a joint officer group to oversee a joint strategic planning unit, which developed each plan's housing target. The councils agreed a memorandum of cooperation identifying major housing sites, presented to the inquiries into each plan. By contrast, she added, "joint core strategies can be quite restrictive as detailed policy has to be agreed by several councils".

Professor Alister Scott of Birmingham City University School of the Built Environment said councils need to set up effective sub-regional structures to identify and meet housing need. He said: "In some areas, local enterprise partnerships (LEPs) are supporting joint working on housing need. For example, the Birmingham and Solihull LEP has commissioned a strategic housing needs study. But most are loath to take on a planning role." He noted that the government is handing over management of public funds to groups of councils and other public agencies through city deals and growth deals. "Planning to meet housing demand should be managed in a similar way," he said. 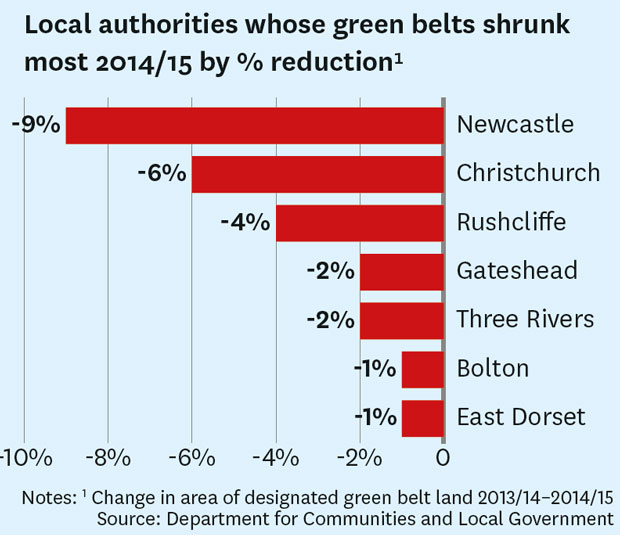