Three firms - Pinsent Masons, Eversheds and Berwin Leighton Paisner (BLP) - stand out in Planning's 2015 rankings of top planning law firms, with the number of nominations they received from solicitors and barristers putting them well ahead of the rest of the field. Three more teams break into the top ten this year, and another four climb into the top 20.

This year's front-runner, Pinsent Masons, is also rated in the top three firms nationally in each of the key sectors - housing, commercial and infrastructure - on which we sought nominations (see tables, p21). Around half its planning workload is built development - residential, commercial, public sector or compulsory purchase order (CPO) work. The other half concerns infrastructure, such as advising Transport for London (TfL) on the Northern Line extension and the Highways Agency on upgrading the A14 in the East of England.

Partner Richard Ford reports a lot of judicial review work in the continued absence of local plans in some areas. Interpreting the National Planning Policy Framework (NPPF), environmental assessment rules and the Habitats Regulations occupy his team, as do viability issues and CPOs. The firm is also expanding its international workload. "If you want to be a successful in planning, you need to be working for global clients," says Ford.

Eversheds pulled narrowly clear of BLP this year to take second place, and features in the top five for housing and infrastructure work. Partner Stuart Andrews says the firm has handled a lot of infrastructure work in the past 12 months, acting for HS2 Ltd on the High Speed Two rail project and TfL on the redevelopment of Bank Station. "The government has given a very clear indication of the benefits of driving economic growth through investment in infrastructure," he says.

Andrews says his team has also been busy in clean energy, with a significant increase in solar schemes over the past year. Eversheds acted for the Forewind consortium to secure a development consent order (DCO) for Dogger Bank Creyke Beck, billed as the world's offshore wind farm. Andrews also cites marked increases in housing work and office and hotel projects in central London.

In third, BLP also makes the top five in each sector and is rated top firm for commercial advice, while partner Tim Smith gets a top four rating among individual solicitors. Head of planning and environment Tim Hellier reports a mixed workload across several sectors. The threat of judicial review is growing, he warns: "Clients show a much greater willingness to invest in lawyers to ensure that their permissions are as robust as possible."

Elsewhere, HSF has advised Tottenham Hotspur Football Club on a legal challenge to a CPO for its new stadium in north London, represented developer the Silvertown Partnership and the Greater London Authority on an application for the Silvertown Quays mixed-use project in Docklands, and is working with developer Stanhope on the BBC Television Centre redevelopment in west London.

In the past year, Hogan Lovells has acted for a joint venture between developers Canary Wharf Group and Qatari Diar to redevelop the Shell Centre on London's South Bank and advised developer Land Securities on the application for up to 700 homes for the Easton Park scheme near Stansted.

Bircham Dyson Bell (BDB) is the highest climber in this year's top ten firms and is rated second for infrastructure work. Infrastructure-related activity accounts for around 70 per cent of its planning workload. BDB is acting for London Resort Company Holdings on the London Paramount entertainment resort proposal in Kent and for National Grid on a power connector to Hinkley Point C.

Major projects handled by King & Wood Mallesons, placed seventh this year, include Lands Improvement Holdings' 5,000-home sustainable urban extension at Houghton Regis in Bedfordshire and plans by BAE Systems and other parties to redevelop Filton Airfield in Bristol. Planning partner Simon Ricketts retains pole position in this year's rankings of individual planning solicitors, while the firm is top-five rated for the quality of its commercial work.

At eighth-placed Dentons, workload is balanced across infrastructure, commercial and residential projects. The firm worked with Eversheds on the Dogger Bank Creyke Beck wind farm DCO and is acting for joint venture Vinci St Modwen on the redevelopment of New Covent Garden Market in London's Nine Elms opportunity area.

The top ten is rounded off by two new entries. Notable work for Bond Dickinson includes advising the London Borough of Tower Hamlets on the Wood Wharf scheme in Docklands and representing developer Landhold Capital in a High Court challenge by Dartford Borough Council over interpreting the NPPF on sustainable development.

Infrastructure accounts for a significant proportion of the planning workload at Burges Salmon, although the firm is seeing an increase in commercial and residential-led proposals. Work includes advising DONG Energy on consents for the Hornsea wind farm, the first to be developed in the "far offshore" sector of the North Sea. 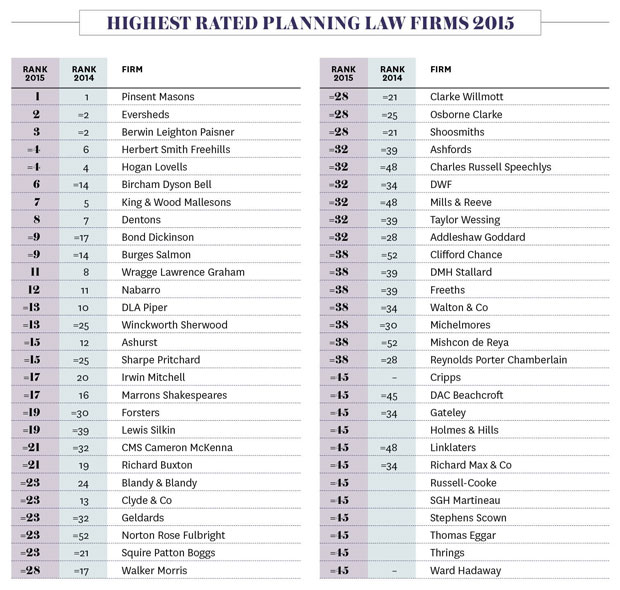 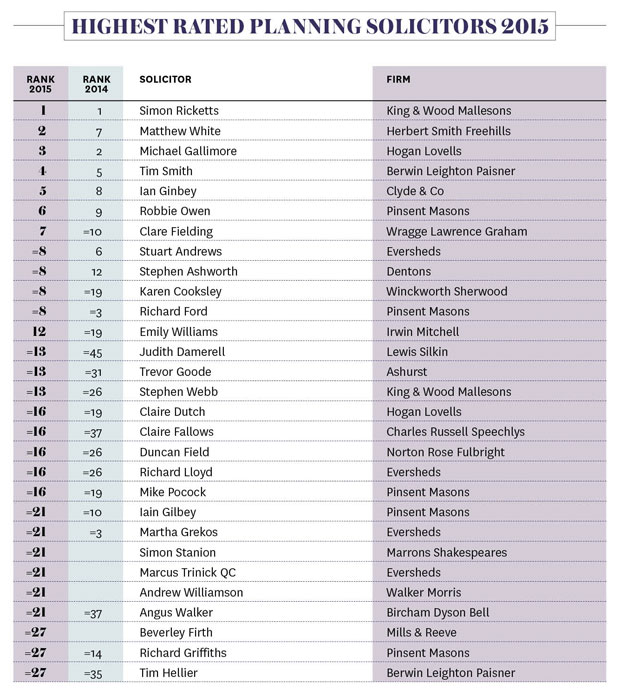 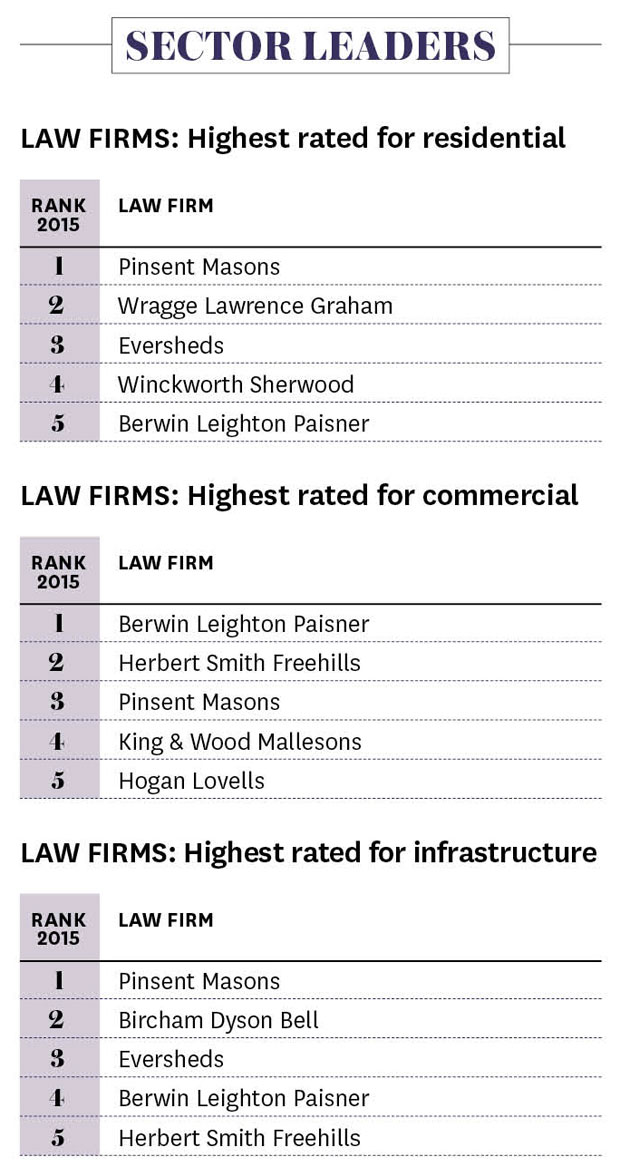