The news was announced by the Greater London Authority’s (GLA’s) assistant director of planning Stewart Murray at a conference last week. Murray said the talks would shape the next version of statutory GLA planning document the London Plan.

Both groups have welcomed the call for more cooperation after concerns were voiced in recent months about the effect of London’s housing growth on the wider South East (Planning, 21 November, p11).

Reports that the move towards greater engagement might lead to a kind of regional planning framework have been denied by the GLA, which said this is not the mayor’s aim.

A spokesman said the talks would "inform a full review of the London Plan and developing ideas regarding population trends already outlined in the mayor’s draft 2050 infrastructure plan". Next year’s summit would involve discussion of "London’s growth and the impact on the wider South East," he added.

SEEC also said any move towards regional planning would not be something many of its members, who comprise council leaders and represent 67 planning authorities, would be likely to support.

The GLA’s draft Further Alterations to the London Plan, which has just been examined, sets a ten-year housing target for 42,000 homes a year, but outlines an annual housing need of between 49,000 and 62,000.

In July, 51 Home Counties authorities wrote to the GLA asking for a guarantee that they would not have to meet the capital’s unfulfilled housing need. They were further alarmed by the GLA’s London Infrastructure Plan 2050, published in July, which included suggestions for how housing growth outside the capital might be managed.

SEEC director Heather Bolton said: "Politicians would welcome more formal dialogue with London and would sign up to a more strategic approach." A major issue for members, she added, is the green belt. The GLA has ruled out a review of London’s green belt up to 2025, yet many South East councils are having to review theirs, she pointed out.

She said: "Local authorities in our area are making difficult decisions, so it isn’t right that the mayor is saying he is not even going to consider it." While the South East has no wish to become a "dormitory" for London, she said some areas may accept some housing for the capital if it comes with benefits such as regeneration.

Tom Venables, design and planning director at consultancy Aecom, said he supports the idea of a regional strategic framework encompassing London and its surrounding area.

Research by Aecom looking at the London city-region – the 127 councils representing London and the Home Counties, within 90km of the capital – found that, if current building trends continue, there would be a million-home deficit in the region by 2036 (see infographic, above).

The city-region, with its economic and commuting relationships, must be able to grow to keep up with global competitors and plan for this strategically, Venables argued.

Catriona Riddell, the Planning Officers’ Society’s strategic planning convenor, said: "This is a wake-up call for the South East and East of England councils. These discussions must be done on a partnership basis."

Cooperation between London and the South East

The most recent structure for London and Home Counties cooperation on growth was the London and South East Regional Planning Conference, or "SERPLAN", formed in 1983.

A non-statutory, council-led body, SERPLAN drew up strategies involving development allocations that councils had agreed, which were then subject to independent examination. Ministers would decide whether to accept or revise the strategies as regional planning guidance, which allocated housing numbers for the region.

SERPLAN was swept away in 2001 with the introduction of regional spatial plans and was replaced by the South East Regional Assembly. 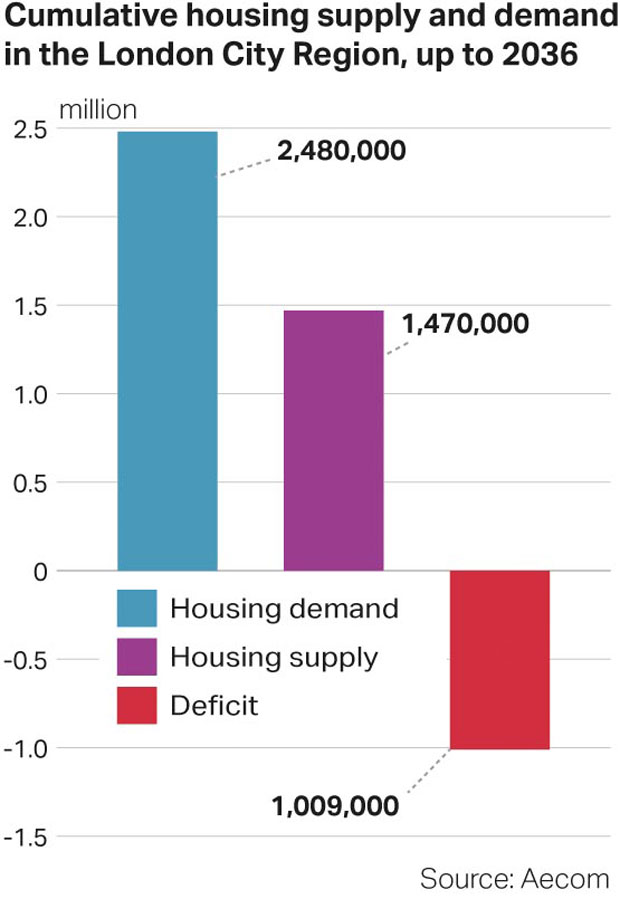