Figures compiled by Planning through a series of Freedom of Information requests and by extracting data from council websites reveal that London boroughs received 2,005 prior approval applications to convert offices to homes under the new permitted development right between May 2013 and July 2014.

The quantity of applications uncovered by Planning’s investigation in only London and the core cities far exceeds official estimates published ahead of the implementation of the policy, which came into force in May 2013. An impact assessment published by the Department for Communities and Local Government foresaw up to 190 office conversions under the permitted development right per year across the whole country.

Planning’s research found that approved office conversion projects in the capital contain 13,090 units, while those given the green light in the core cities contain 4,335 homes, a total of 17,425 units.

Planning’s analysis found that the London Borough of Richmond-upon-Thames received 273 office-to-residential prior approval applications between May 2013 and July 2014, more than any other authority in London and the core cities.

But the research found that the number of homes contained in approved office-to-residential prior approval notifications in the London Borough of Croydon far exceeds that of any other authority in Planning’s dataset.

Approved office conversion proposals in Croydon contained over 2,500 units, the research found, more than double the number of approved units in the authority with the next highest figure.

Croydon is home to four of the largest 20 office conversion projects to be given the go-ahead in London and the core cities, the research found, including the largest approval, the conversion of the Delta Point office block (pictured below) into 404 units. 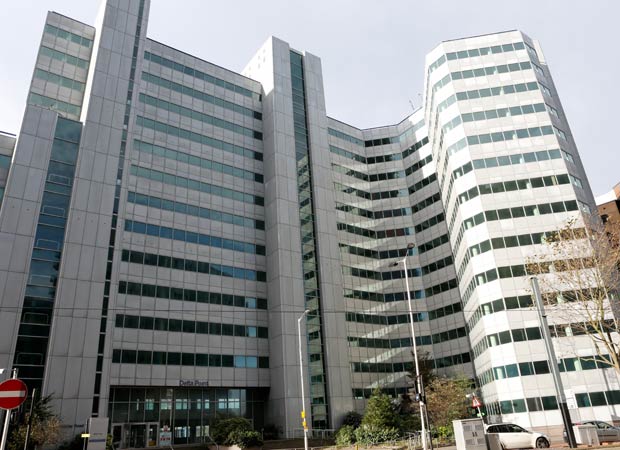 Mike Kiely, director of planning at the Croydon Council, said that the office conversions enabled under the permitted development right do not have to provide affordable housing contributions, provide low-quality housing and fail to meet local housing demand.

He added that a "significant amount" of the office space in line for conversion in Croydon is occupied by businesses. "We’ve had some fairly major occupiers that have told us they are being forced out. These are blue chip companies. They don’t want to leave Croydon and we are having to work very hard to keep them in Croydon," Kiely said.

Experts questioned how many additional units would actually be provided by the approved units, pointing out that some were likely to be in place of applications that would have been submitted anyway through the conventional planning process.

Some developers are using office-to-residential prior approval applications as a negotiating tool when seeking normal planning permission for a conversion or residential development on the site of an office building in an attempt to secure reduced affordable housing contributions, according to Chad Sutton, head of planning at law firm Maples Teesdale. They have "no intention whatsoever of implementing those prior approvals," he said.

The government announced plans in the summer to extend the permitted development rights, which were temporarily introduced in May 2013 for three years, beyond May 2016.

But the proposals, which include removing current exemptions for 33 areas of the country, have sparked concern in London, with mayor Boris Johnson recently warning the government that removing the exemptions covering central London and Canary Wharf would present a "very real threat" to their status as global business hotspots.

A further extended report with comprehensive application and appeal analysis as well as an office-to-residential toolkit for local authorities and consultants will soon be released by DCS COMPASS Online and Planning magazine. To register your interest please email dcs@haymarket.com.